About the Ramblers Scholarship

Established in 2016, the Ramblers Scholarship supports student athletes pursuing an undergraduate education who self-identify publicly as lesbian, gay, bisexual, transgender, queer, or intersex (LGBTQI), or as demonstrated and committed straight allies. Awardees will receive a one-time scholarship, paid directly to their school to cover tuition fees. Up to two scholarships of $2,500 each will be awarded publicly each summer. The application process is open annually from January 1 – June 1.

An eligible applicant is:

The ideal scholarship candidate will:

We’re proud to expand the Ramblers family to include student athletes pursuing higher education who are committed to serving the LGBTQI community. We hope that this financial support will positively reinforce their pride in our community and assist them as they follow their educational and career ambitions.

Help us share this opportunity with qualified young people and with the individuals and organizations working with them. We aim to grow the Ramblers Scholarship Fund to support more and more young people each year. If you would like to make a donation, please use the button below. For more information on the scholarship, contact Community Liaison Evan Phalon at committee@nyramblers.com.

We are incredibly proud to announce that Elijah Mahan of Lindenwood University, Chivon Ou of the University of Portland and J.C. Dombrowski of Cornell University are the recipients of the 2019 NY Ramblers Scholarship—the world’s only scholarship for LGBT+ student athletes and allies!  Please join us in congratulating all three winners. 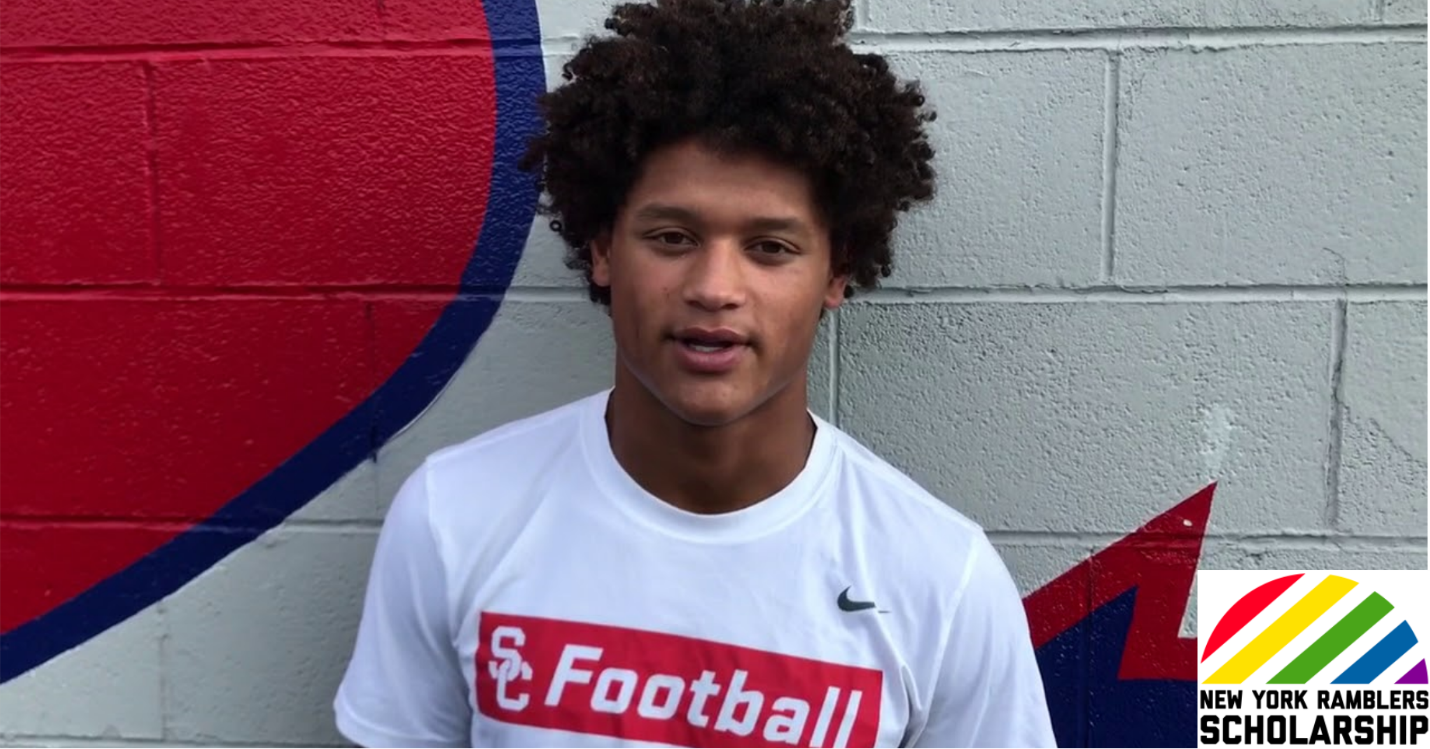 Elijah is a freshman at Lindenwood University, where he studies musical theatre. From Bagersville, Ind., he was the captain of his high school football team as well as an All American, 3x All Conference Champ in wrestling.  While in high school, one of his guidance counselors, Shelly Fitzgerald, was fired by the Archdiocese of Indianapolis for being LGBT. In response, he created Shelly’s Voice Advocacy Group, which sought to change the employee morality clause used by the Archdiocese as justification for the firing. During the first football game of the year, Elijah ran onto the field carrying the LGBT Pride Flag—activism that led to his appearance on The Ellen DeGeneres Show. For demonstrating to his hometown and the nation how to be a true Ally to the LGBT community, we are more than proud to name Elijah a 2019 Ramblers Scholar. 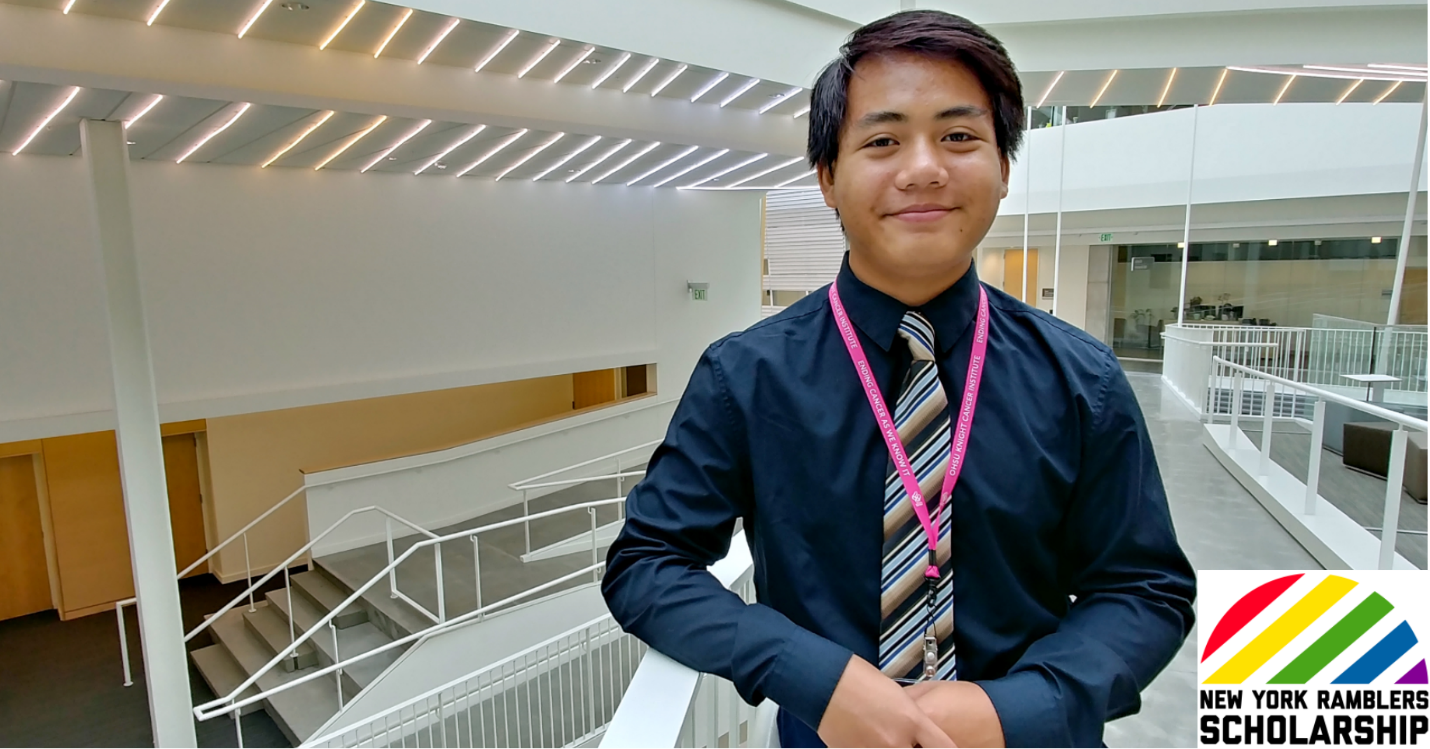 Chivon is a freshman nursing student at the University of Portland.  In high school, he was a tennis doubles player and 3x Scholar-Athlete Award recipient. Inspired by how much HI/AIDS has impacted the LGBT community, Chivon completed an internship with Dr. Guarav Sahay, winning an award for his gene therapy research in the process. He has also participated in the political process as part of the successful campaign to elect a pro-LGBT candidate to his local school board. He is exceptionally dedicated to advancing the health and rights of the LGBT community and we are thrilled to present him a 2019 Ramblers Scholarship. 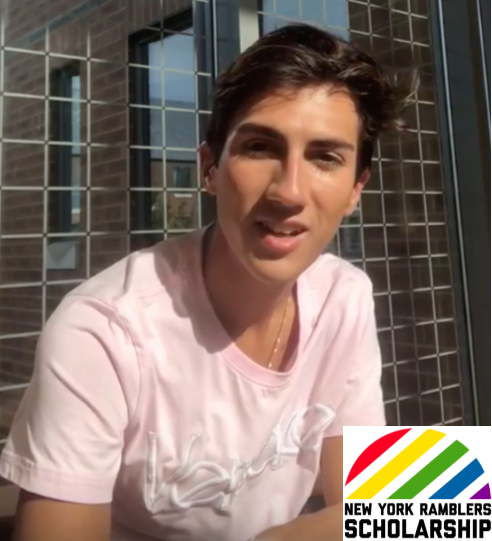 John “J.C.” Dombrowski is a freshman at Cornell University, where he studies biology.  In high school, he earned over 20 individual medals and 15 team trophies as the captain of the distance track/cross-country team.  During this time, he founded a faith-based club called Roswell Unite, which provided support to LGBT+ students affected by the Fellowship of Christian Athletes banning their participation in the FCLA’s activities. A great example of the positive impact sports has on young people, we are excited to have J.C. as one of our 2019 Ramblers Scholars.

In these times, it is more important than ever to celebrate the strong voices of young LGBTQI and allied leaders in our community, like Michaela, Darren and Leeann, as well as our previous Ramblers Scholars, Alixandi C. and Mizpah A. These bright, young minds continue to push forward in dismantling stereotypes about LGBTQI athletes, furthering the mission of the New York Ramblers Soccer Club.

Due to technical difficulties that have now been resolved, the deadline has been extended through Friday, June 5.